We are living in a time where long haul transportation plays a crucial part of our lives. Movement of goods from one part of the world to another is something we take for granted. About 90% of the world’s trade is carried by sea.

When a vessel trade cargo from one place to another, ballast water is typically pumped onboard the ships for stability purposes. The ballast water, seemingly a harmless by-product of trade, actually contains thousands of aquatic or marine microbes, plants and animals, picked up in one eco-system, only to be carried across the globe and discharged into a vulnerable ecosystem somewhere else, thereby presenting a direct threat to the environment.

Untreated ballast water released at a ship’s destination potentially introduce a new invasive marine species. Hundreds of such invasions have already taken place, sometimes with devastating consequences for local ecosystems. One example of such is the spreading of the Zebra mussel from European waters to the Great Lakes, as discovered in the mid-1980s, where local communities and businesses alike witnessed the direct economic damage from clogging of drinking water intake pipes, factory and power plant equipment, forcing frequent shut downs and increased maintenance cost.

To combat the problem of invasive species from ballast water, the IMO adopted the International Convention for the Control and Management of Ships’ Ballast Water and Sediments in 2004. On 8 September 2017, the convention entered into force.

Today all ships sailing around the world are required to have an approved system for Ballast Water Treatment. 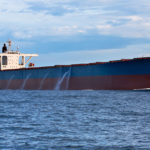 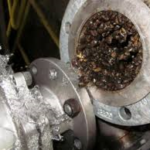 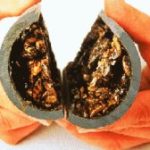 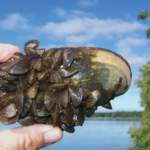 Current water treatment solutions on the market seems to be struggling with meeting the requirements defined in the new laws and regulations, as their solutions constantly break down, cost a lot, and use back flush water once the system gets clogged up. Even if they are able to clean the water to a certain degree, they do not solve it in time, which cause delays, and they require constant supervision. All that results in botched treatment and consequently many ships are forced to de-ballast untreated water while risking huge fines and destroying local ecosystems. To make things worse, some microorganisms (long and slim) even pass through the mesh and contaminate even the cleaned water.

Current regulations require Ballast Water Treatment systems to remove organisms bigger than 50 microns. What happens when you put into play an organism that is long and narrow like Rotifer.

As the image to the right shows, the shape of the organism is long and narrow, which allows it to pass easily through the regulated mesh.

In the next article, we will showcase how do we solve this problem with new revolutionary approach. 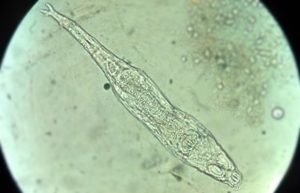